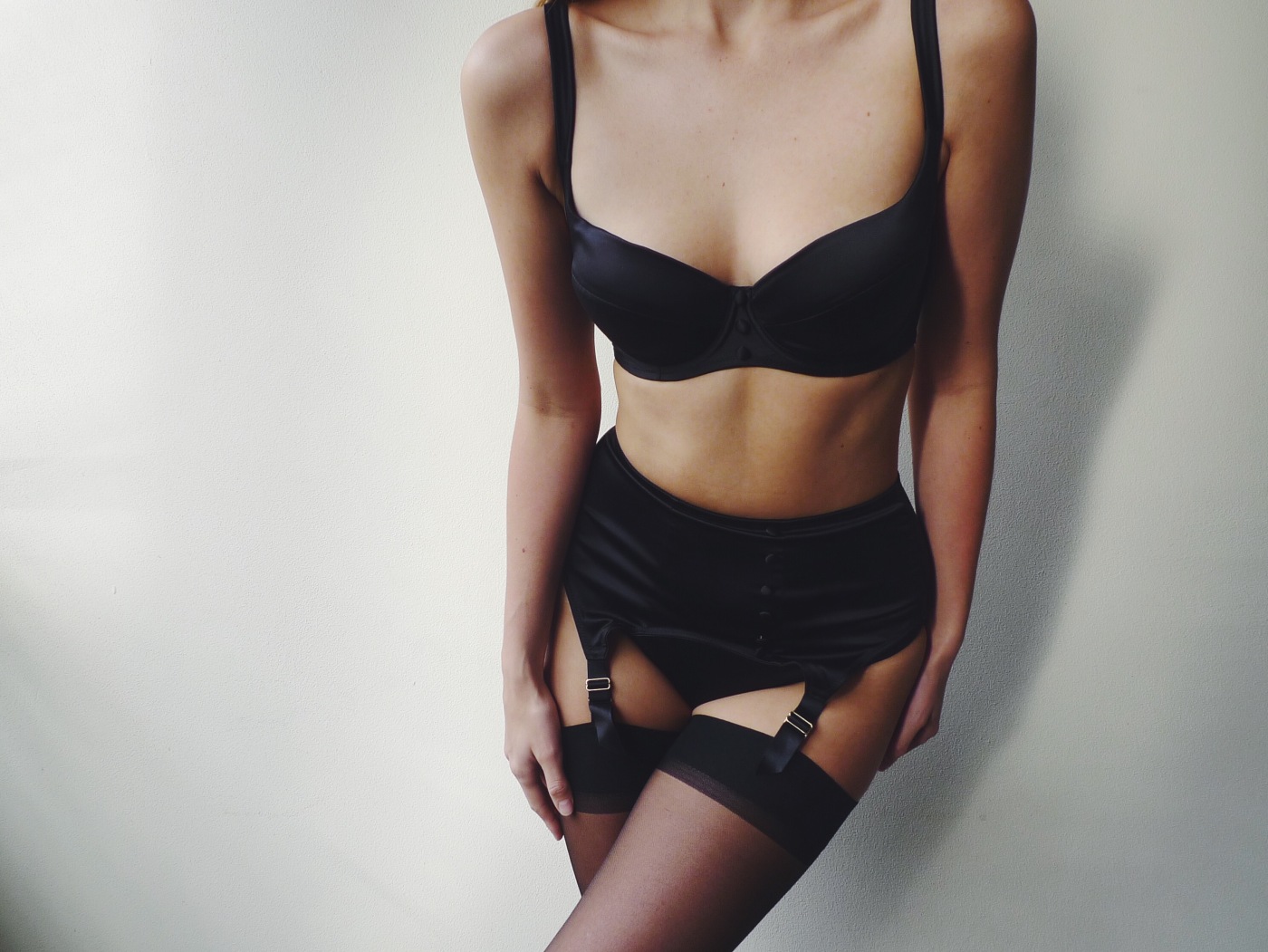 I had been thinking about purchasing another set from the fuller bust collection from Playful Promises for a while. I wear my Portia set so often I thought I should give her a rest. Two weeks ago, ASOS added the Imogen set to their end of season sale and I was lucky enough to get in quick and nab my sizes. I purchased the Bra in a size 30E and the briefs and suspender in XS.

I love shopping with ASOS, the delivery is free when you spend over $40 (easy) and it’s so quick! It’s not the most luxurious packaging but I think it’s unreasonable to expect it at this price point. Every other aspect of the shopping experience fantastic.

This set fits me perfectly. I was worried with ordering the XS in the briefs but they don’t cut in at all and they are so comfortable. I’m a size 8-10 so if you are any smaller than this I think the briefs and suspender will be too big. The briefs feature two cut outs and 3 buttons as the feature at the rear. The briefs sit quite low for my standards but it makes wearing them over the suspender easier. The suspender is nice and deep and has four silver metal suspender clips. The buttons feature on the left front panel of the suspender belt. The back is made of a very soft mesh and closes with 3 hook and eyes. If I could change one thing about this suspender it would be to put a stronger mesh at the back so it would be a firmer fit. I would also have six suspender clips instead of four but then the price would go up and it functions well enough so I’ll stop being picky now…

The Imogen bra is a 3 part moulded cup which creates a slight push up effect and looks great under clothes! It has black satin covering the cups, centre gore and the satin makes up the front of the bra straps. I personally find having the bra straps made from a non-stretch fabric gives better support. I find I am adjusting the bra straps less throughout the day because of this. The back of the bra is made from a firm power mesh and closes with 3 hooks and eyes. I’ve found the cup comes up a bit smaller in the Imogen bra compared to the Portia even though I have the exact same size. I think the cup is just slightly shallower around the top. There are 3 little buttons on the centre of the bra to give the set a cohesive look.

I love the simplicity of this range. I’ve been looking for a black satin set for a long time. The button details aren’t super practical if wearing tight clothes but lucky I don’t but if you do it’s something to consider. I would highly recommend this set for anyone who is looking for a simple set with just a little something extra.

This set is still available on ASOS and of course on the Playful Promises website where it is also available in the Curve collection! The briefs retail for $45, Suspender $89 and Bra $98 AUD.