I’ve noticed a trend lately seeping into my lingerie drawers, my lingerie is making me laugh. It’s making me smirk. A strange reaction to lingerie to be sure. Most of the time it ignites feelings of confidence, of lust or of security. But now I’m feeling amused by it. The reason? The lingerie industry seems to be giving the big ol finger to the Man and I couldn’t be happier.

Wether it be erotic prints, cheeky embroidery or a playful design, it seems the lingerie industry is fighting back against the oppressive censorship that the industry receives in the best way they know how. Perhaps I’m just seeing what I want to see, but its seems to me that lingerie has shaken off its traditional and rigid past and has developed a sense of humour. Of course you could take the higher brow option and choose to see this trend as inspired directly by art. I do feel the timing of such collections lends me to believe its more a social commentary of our present that references the past.

Take Studio Pias s/s 19 collection named Bourdin for the first example. Inspired by Bourdins photography which is commonly recognised as sensual and provocative, this collection references his photography with enticing embroideries. There is not one, not two but 3 ranges featuring a creeping hand or pinching fingers that have been delightfully placed in the most intriguing areas. The success of these collection has been so great as to possibly bring forward another colour of the same concept for the next collection. Who doesn’t love a sly nipple pinch from their bra?

And then similar to that again is Bordelles New Moa collection developed in collaboration with artist Etta Shon. The collection has been touted as the new nude. Naked without being naked, celebrating the female form without getting banned on instagram or tumblr or facebook. This collaboration has been inspired by the work of artist Egon Schiele, an early pioneer of expressionism. The choice of inspiration draws interesting parallels between censorship of the artist over 100 years ago and censorship today. Bordelles choice to reference this artist work is a clever play on artistic censorship. Nudity and art is often heavily censored but when it’s cleverly displayed on items that are widely seen as something for male consumption and pleasure it’s deemed acceptable. Commentry on society? I think so.

Playful promises line Bettie Page also has a vintage take on the trend and has been directly inspired by vintage lingerie and fashion of the same nature. Taken directly from a photo of Bettie wearing lingerie, it has been delightfully reproduced for the modern consumer.

This trend has also been found in swimwear, the most notable designer being Adriana Degreas and also her collaboration with Cult Gia. Her designs have made the news world over for their unusual design and risqué nature such as the hand bikini and the martini tulle bikini leaving little to the imagination. As naked as you can get on a beach without being naked.

The newest brand on the block the end lingerie has the most unique take on this trend and is very much their brand identity. You may have seen a nipple bra but how about a nipple ring bralette? And it doesn’t just stop at the bralette, you can get underwear with similar hardware in interesting positioning . It’s all about being good but being naughty. Who said being eco conscious was boring?

The most mainstream version of this trend would be the love hearts placed over the nipples on sheer bralettes. This has been seen everywhere from for love and lemons, ASOS, kisskill, urban outfitters and Fenty. Not to be forgotten the nipple/boob t-shirt craze that has literally been used by every big brand and their dog.

The most literal nod to the fuck you censorship trend has to be Scantilys censorship set. They have literally put the censorship bar in for you, saving you all the trouble of editing out your nipples for all the delicate souls on the internet. 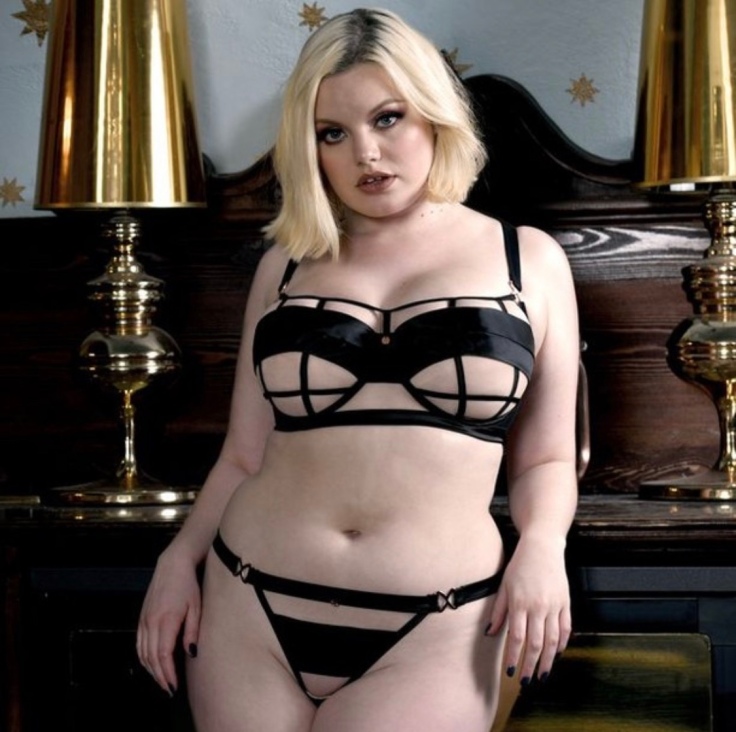 Silent arrow have gone a slightly more direct with their message with their F.U. and F.U. Too ranges. Leave subtly at the door with these ranges and get straight to the point. Give a big F.U. To traditional lingerie, body shaming, censorship and expectations. Or whatever or whoever you want to really.

Last but not least there is underthyskin lingerie who as a brand has a very modern take on the trend and again is very much part of their brand identity. Light as a feather lingerie with literal messages embroidered on. If storytelling lingerie isn’t your thing there is also a selection of pinching nipple hands embroidery inspired by the school of Fontainebleau. 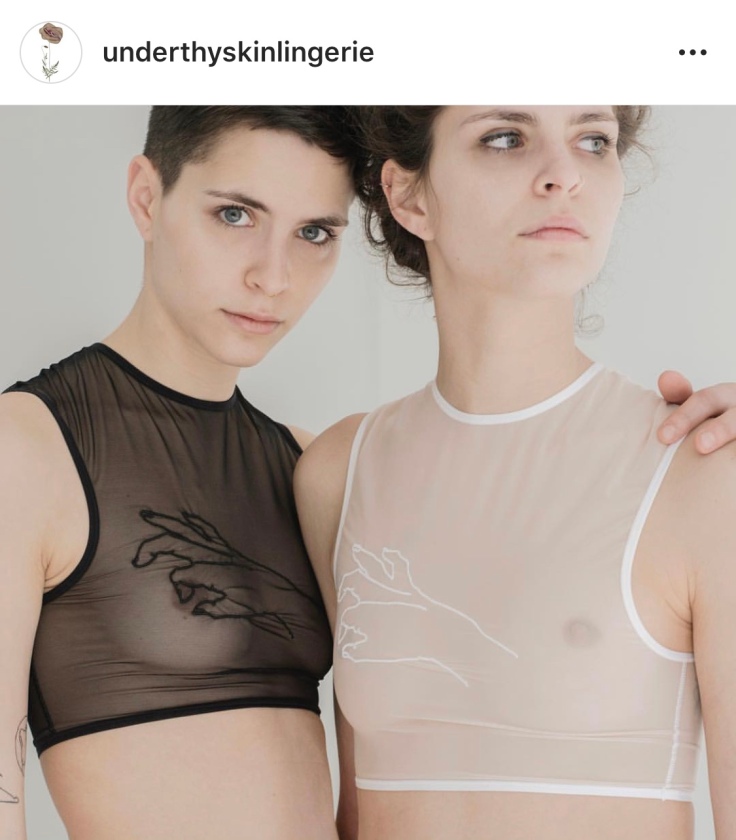 Whether this trend is social commentary of our time or a reflection on art, I’m happy to see humour (as sarcastic or literal as it may be) as a trend. Because florals for spring? Ground breaking….

2 thoughts on “When lingerie fights back.”